UNITE AND FIGHT
GMHC strategically turns the most disenfranchised members from our community against us and against their own best interest. They are using them to do their dirty work and to divide us
and
It Has To STOP. 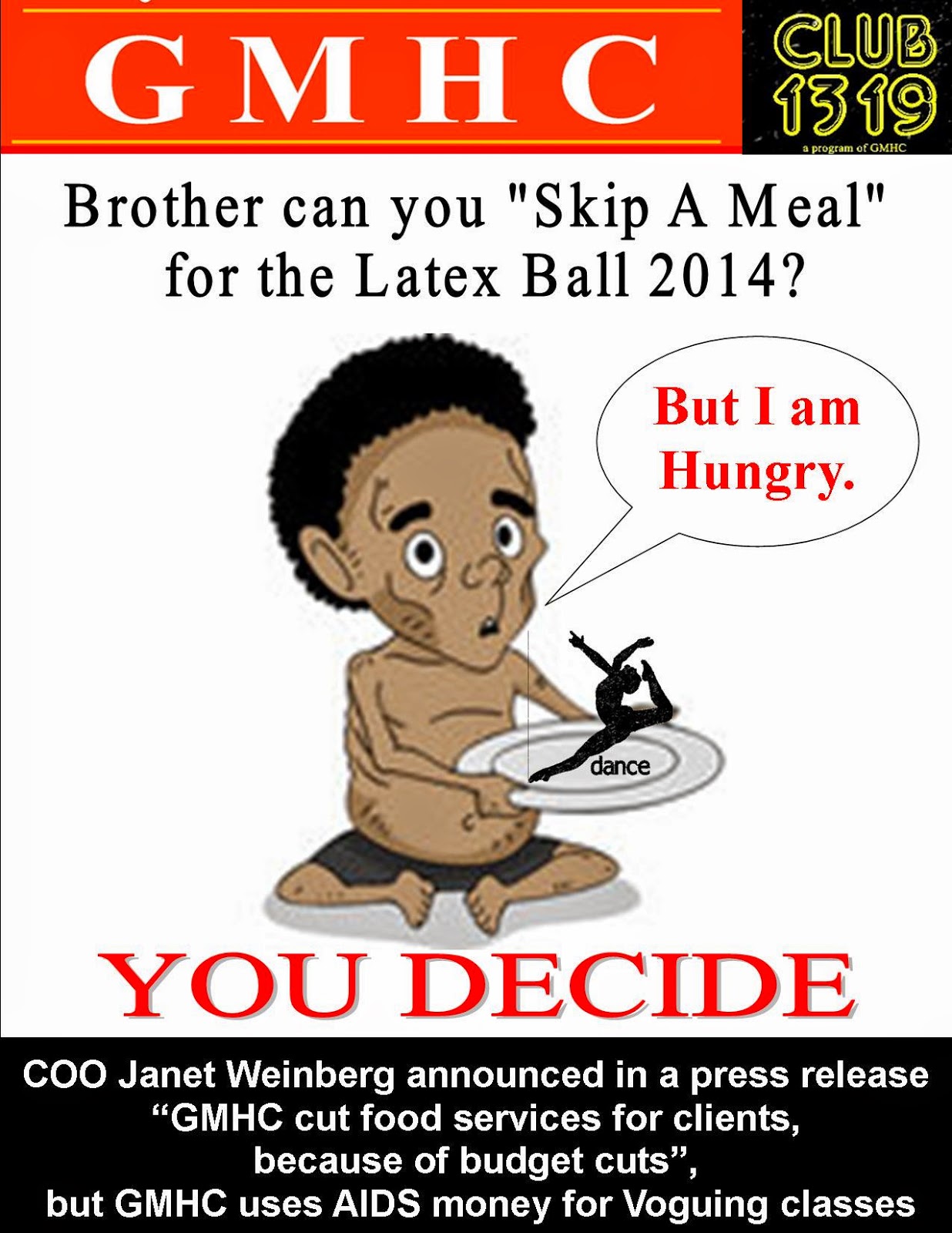 Calling Out All The Houses
To Fight For Ballroom Empowerment and Justice.

Here is an example how GMHC spends its AIDS money, "Voguing Classes and Ki Ki Launch". Its an outrage, because the infection rate has been consistently the same in the communities of color over the years according to the Department of Health. GMHC is advertising Voguing and Runway programs to lure in our young adults to their artistic programs and is using them to create their own ballroom sub-culture to package us for financial gain. NOT ONE WORD ABOUT HIV PREVENTION in the "Voguing Classes and Ki Ki Launch" advertisement on their website.

What is GMHC doing with its 27 million annual budget?  "Voguing Classes, Ki Ki Launch" and the "Latex Ball". Is it any wonder the infection rate stays the same. Are they in business to keep the AIDS epidemic alive? How do they justify those artistic programs when the infection rate is the same?

They are using our voguing pictures for their advertisement and tell the public they are prevention programs. Members from the Ballroom community like Luna Khan continue to sell out the community for a pay check at GMHC, its a SHAME. Facts don't lie. Not one word about  prevention, instead they advertise how to learn voguing and runway.

Has GMHC completely forgotten that they are a health agency and not SONY Entertainment? Cutting into the ballroom economy by millions of dollars and are corrupting and manipulating the natural artistic progression by creating their own ballroom sub-culture for financial gain?

GMHC's COO Janet Weinberg announced in a press release that GMHC had to cut food services for its clients and announced two days later that they have record breaking prize money for the "Latex Ball". 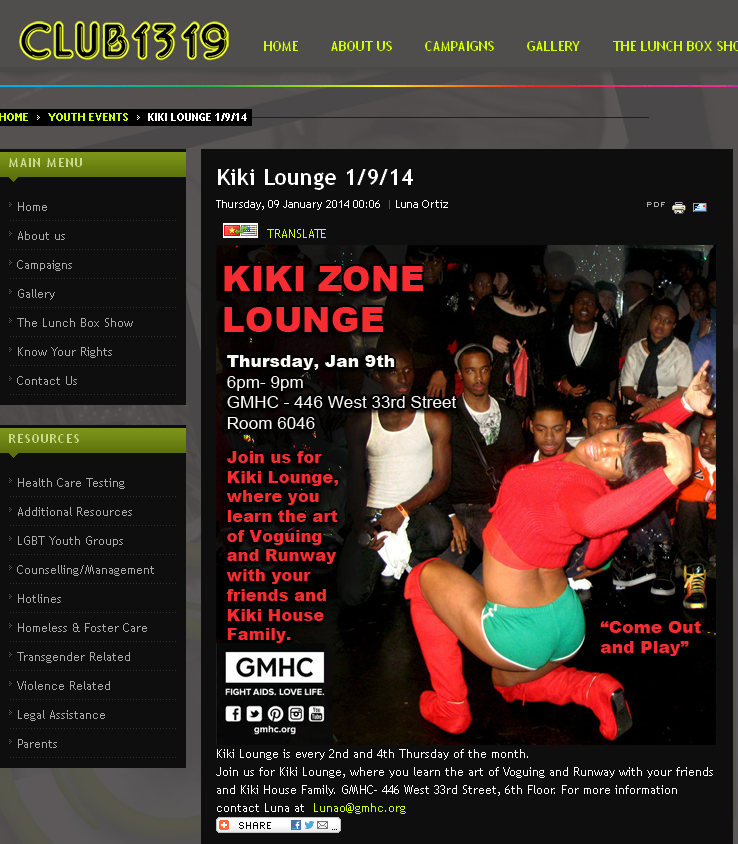 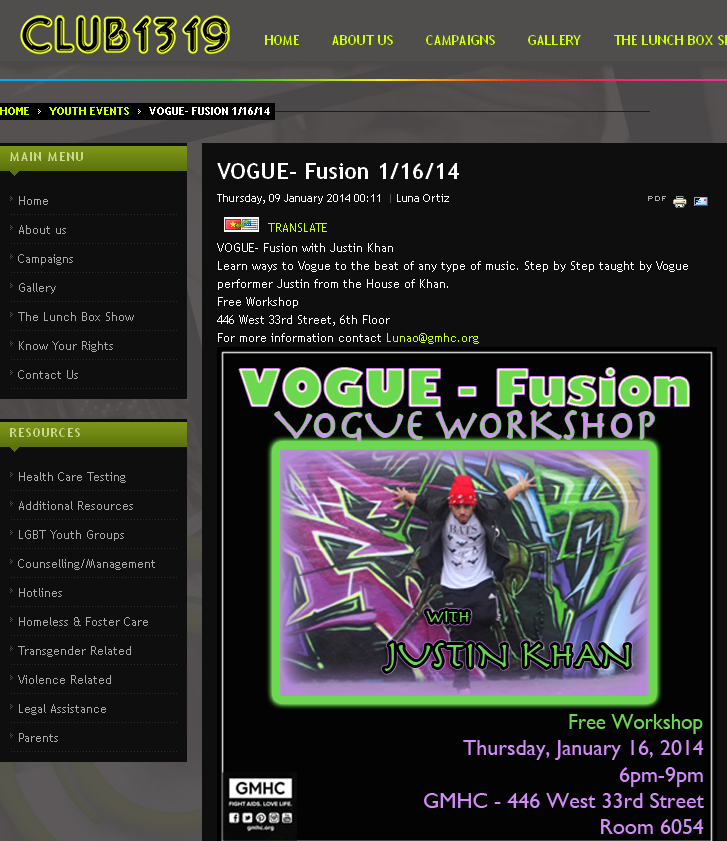 The House of Ultra Omni
is the leader in Ballroom activism and we are calling out all the Houses to unite and to fight for justice for our community. We need to address the Artistic Programs at GMHC, the abuse and exploitation and the Latex Ball 2014, because their actions and programs are way beyond our health needs and
we need to stop it NOW.

The Latex Ball has been cutting into the Ballroom economy for millions of dollars over the years
and has been devastating to our community financially. Looking back at over 20 years of HIV/AIDS outreach by GMHC, the infection rate is constantly the same, what are they doing with the 27 million dollars annual budget? If the Latex Ball is a prevention ball/program, than why is the Latex Ball advertisement on Facebook exploring our community by posting our pictures and not one statement that the Latex Ball is a prevention program. https://www.facebook.com/TheLatexBall
The Latex Ball has become an exploitative artistic program with no transparency and
we are told by Krishna Stone, that it is not in our business how many people they have
tested at the balls in the past.

GMHC is manipulating our natural artistic progression by creating their own
Ballroom sub-culture, Voguing classes and the Ki Ki scene.

GMHC created a new ballroom generation outside their health services, which is corrupted and manipulated by GMHC's AIDS educators and by members from our own community
and is the reason in part for losing Ballroom originality and setting new trends.

GMHC turned us into the poster child of AIDS and is exploiting our artistic talents.
Instead of protecting our talents and paying royalties, they consistently use them for financial gain.

GMHC hires those in our community who are willing to sell us out for a pay check.
They have to corrupt the most disenfranchised members from our community
so they can use them to divide us for financial gain.

GMHC is a health agency and not a Ball or Entertainment production corporation.
Losing tens of thousands of dollars every year on the Latex Ball clearly proves that point.
It Has To STOP.

The GMHC Board of Directors fired many people in 2013 and 2014, to show the public that changes are fore coming, but as long as the GMHC Board of Directors are the same, including the chair Rolfe, COO Janet Weinberg whos annual salery is over $200.000 and CAB director Rivera, the policies at GMHC remain the same. They have all been aware of the abuse and they stood by the Marjorie Hill's and Dirk McCalls at GMHC until the presure from the public became to strong and they had no choice but to act. They have been sitting on the sideline doing nothing, rather than take the action they are paid to do.

Changing the staff doesn't change the policies. Changing the staff is an old trick the non profits use to lie to the community to cover up their scams. At the end of the day it is business as usual. We still have the Latex Ball with record breaking price money, while GMHC is cutting food services for its clients. GMHC is still paying MZA corporation 48% from the AIDS Walk money and is giving them free office space, while the non profits used to have free office space and have to pay rent now.
Where is the change Rolfe, Weinberg and Rivera?

The House of Ultra Omni
is known for educating and lecturing Ballroom history and culture at the most prestigious universities and has been very successful in ballroom empowerment, activism and for fighting for justice.

In January 2013, Omni members and friends for the first time demonstrated on the streets in Queens picketing GMHC, Marjorie Hill, Dirk McCall and the Latex Project. We asked for their resignation,
and 8 month later, first Hill was fired and shortly after McCall was fired.
The "GMHC Its A Chop" blog was read by more than 7.000 people
and the video campaign by the Omni's was on point and was very well executed.
Video  https://www.youtube.com/watch?v=DOH2UFdz7H4 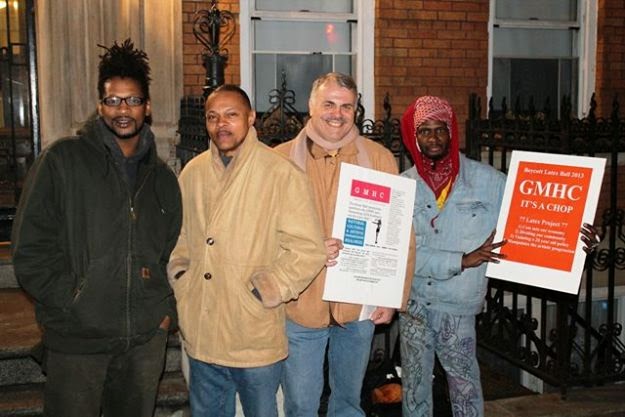 The voice of the Omni's was heard and made a huge impact in our community.
Those in our community, who have been critical about our actions, learned that they were on the wrong side of the truth and we hope they will join us now in the fight for justice.
We are reaching out to all the Houses to UNITE in the fight for empowerment
and justice from the GMHC and other AIDS and Non Profit agencies,
who continue to take advantage of our community and are exploiting us for financial gain.

We can no longer sit on the sideline and allow those agencies to exploit the Ballroom community  without giving back any proceeds to the ballroom franchise.

We are demanding that the Latex Ball will either stop or will be produced for the Ballroom communities financial benefit, with All door proceeds going back to the Ballroom community,
and for example proceed will go to the
LGBT Homeless Youth, the Kevin Burrus Burial Fund and other good causes.
http://dev.howdoilooknyc.org/kevin-omni-burrus-funeral-fund.html

UNITE AND FIGHT
please leave a message so we can contact you
or
reach out to Kevin and Wolf Ultra Omni on our Facebook page.

The House of Ultra Omni wants to thank everybody and
we are looking forward to working together.

Many blessings
The House of Ultra Omni 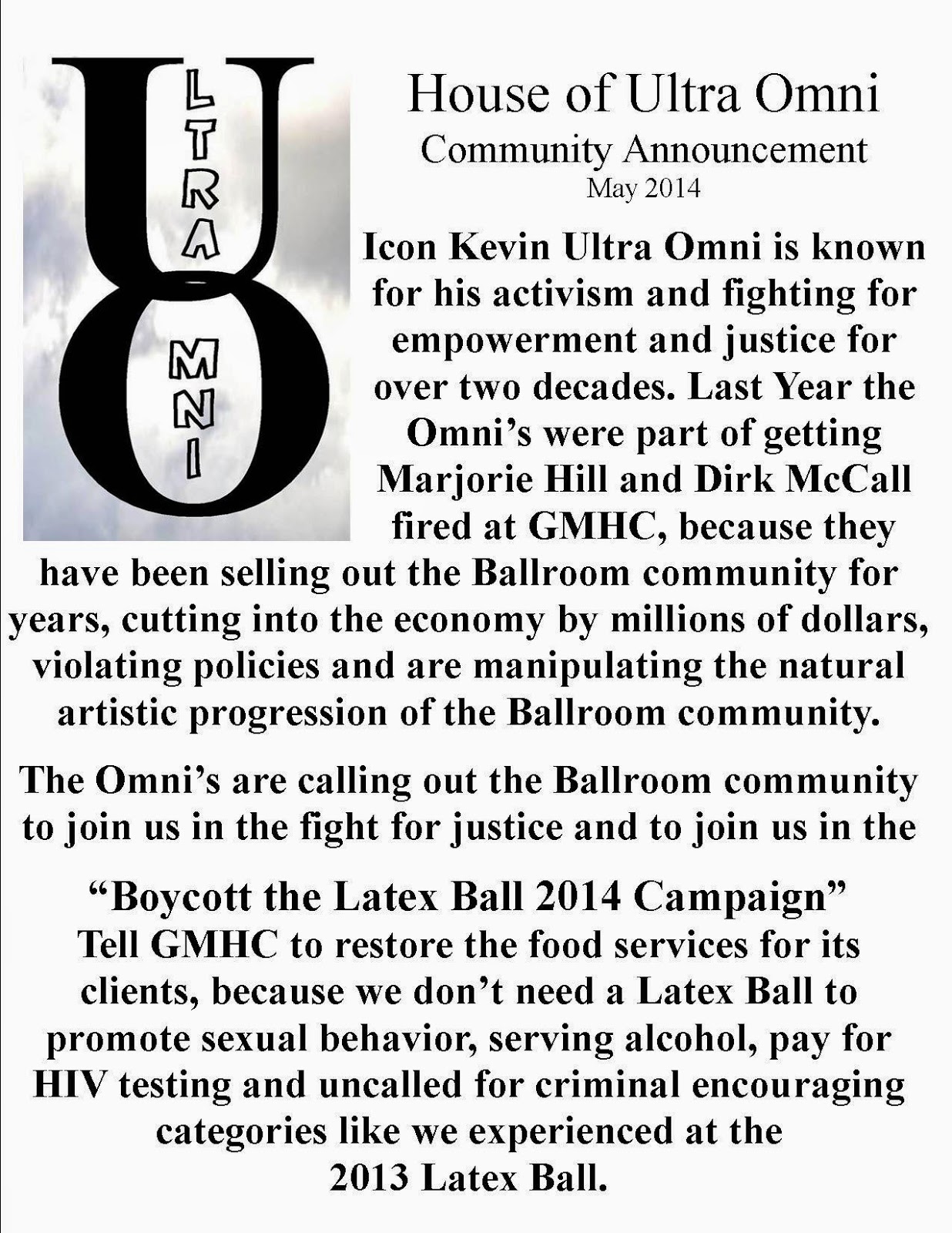 Posted by Artistic Empowerment at 4:03 AM